Just like The Little Mermaid but way more boozing and awesome.

I barely managed to finish my painting this weekend because Mother Nature decided to bless us with sunshine and parted the clouds so angels could come down from the heavens and dry hump the weather to make it beautiful for us.  Windows were thrown open, cats were napping in the driveway and cheesesteaks were eaten on the back patio.  It was glorious.
I even blogged a bit outside.  *GASP*  Yes, I didn't know it could be done either but I assure you I didn't burn from the sun's rays like a vampire past its curfew.
The outside angels musta been feeling girly because my internet adventures brought me to this: 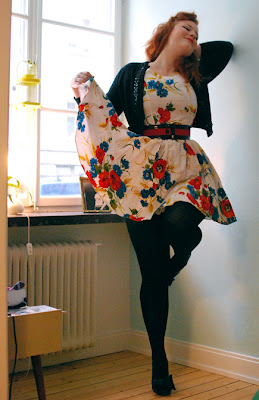 Zoinks!  My first instinct is to make fun of this pose but oddly I can't -  I'm too much of a sucker for vintage pin up.  Bonus points for the black tights and shoes.
And another: 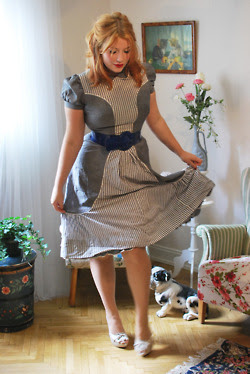 Killer dresses AND ceramic animals??  Who is this girl?
Well after some investigation I discovered her name is Elsa.  She's Swedish, writes a fashion blog for Elle, doesn't even own pants and lives the kind of life that magazine editorials and catalog vignettes try to replicate.  But for real.  It doesn't seem fake.  I'm pretty sure it's just.  that.  awesome.  This is what her Harry Potter movie night looked like for chrissake.  The madame part of me just creamed her panties.
I'm sure everyone else in the world reads her blog but I just discovered it because I'm lame like that so if you happen to know that she does terrible things like cuts in line or sets baby pandas on fire please don't tell me.
But if you're like me and didn't know, I think she's pseudo famous over there in Europeland.  She's been on magazine covers and does red carpet-y things but it doesn't make me want to be her her friend any less (murdering baby pandas might though).  In fact, I'm kinda rooting for her like you would your best friend because those are the kinds of people you really want to see as celebrities.  Not just any old fame whore like we have around here.


Ok, well those are kinda fun too.
I'm not usually one for fashion blogs because the line between documenting a person's fashion adventures and narcissism gets very blurry to me.  Not like a design blog where I give you every minute detail about my house or feature only art and design *I* like...  that line isn't blurry at all... *shifts uncomfortably*


But I like reading this blog (as much as the Google translator will allow me to read) because she feels somewhat normal but the kind of normal that seems super awesome - like how awesome is supposed to be.  With chipped nail polish and roots that need touching up and sometimes getting moles removed or peeing in bushes when you've had too many beers.


Those aren't anecdotes from my life - this is all straight from her blog.


Okay, those might be coincidental occurrences but this isn't about me right now!


Naturally, I've developed a serious lady crush on this girl and her life.  I spent several hours this weekend when I should have been on a ladder digging through her archives.  Her summer was fantastic although it was probably just normal life.  I need to move to Sweden and buy some vintage dresses and change everything else about my life STAT! 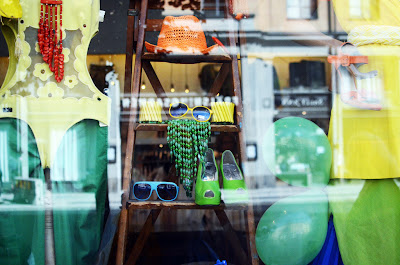 Oddly enough you wouldn't even know it's a fashion blog except for the header.  It's more an insanely awesome lifestyle blog with a heavy emphasis on food, booze and parties that she photographs.  She'll even give you photography tips because she's nice like that.  Or you can just peruse her flickr. 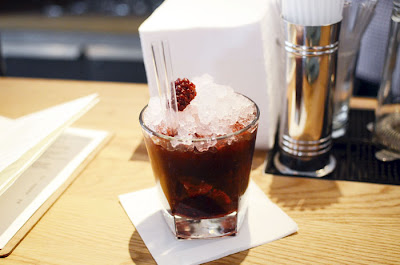 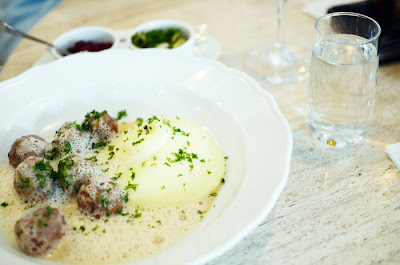 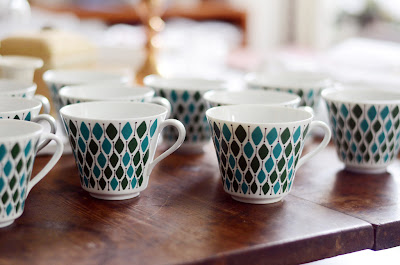 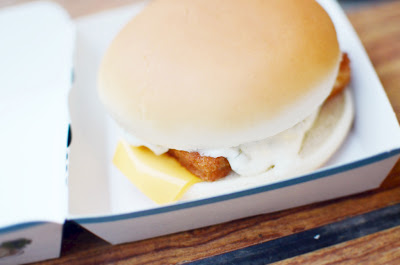 As does the Filet-O-Fish!  Ahhh...  memories of college. 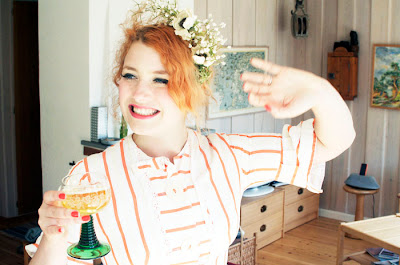 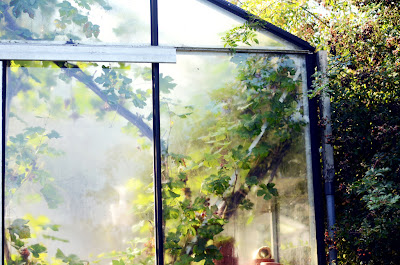 Just a field trip to a country farm for the weekend. Tra li la, li la... 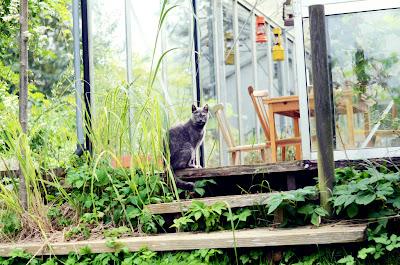 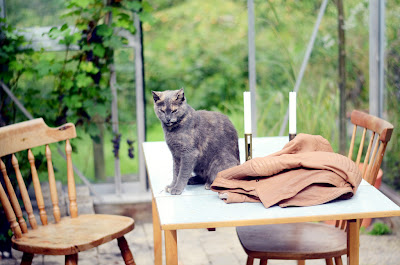 No this isn't a catalog shoot - IT'S REAL FUCKING LIFE!!!  In Sweden.  For awesome people. 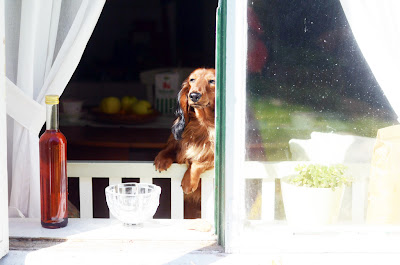 Yeah, even the dog is smiling.  That's how fun it is over at this blog. 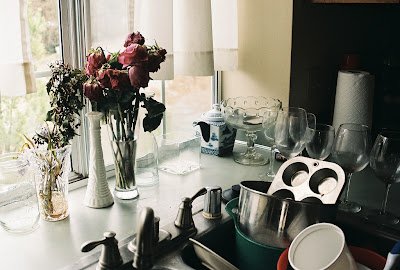 And guess what?  She has a sink full of dirty dishes and dead flowers on her counter.  Just like ME!  Normally I'd be bored as shit with this much detail into someone's life but I can't get enough.  I'm addicted!! 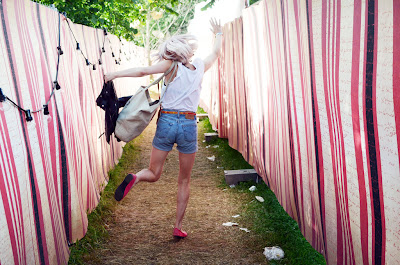 Her friends seem fun.  I'd be dancing like that if I had their super awesome life. 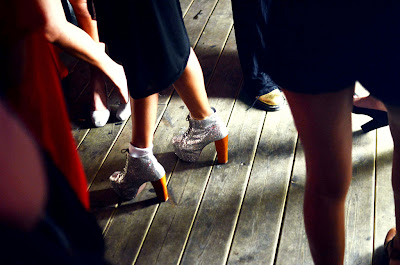 She also hangs around with people who wear glitter platforms.  As if I needed another reason to pack my bags. 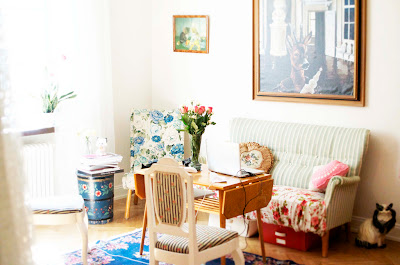 She lives in a tea cozy cute enough to make Rachel Ashwell squee to death but I don't even care.  It's where she should live!  Her home was featured in a magazine too because of course it was.  She said "It’s so nice to have it saved in pictures for the rest of my life, something to look back on when I live in a huge castle in France, or something."   My exact thoughts about the Ranch.  We're basically blog twins. 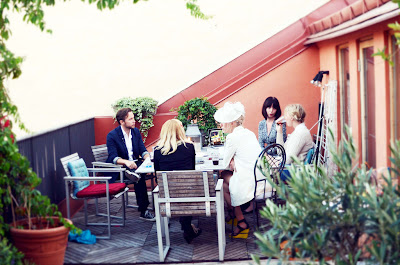 I'm assuming this is a No Expectations party because I think that's what all parties in Europe are like (don't ruin this for me) and people there get to wear hats like that in a non-ridonkulous way.  I bet I could wear a bedazzled headband and fit in nicely... 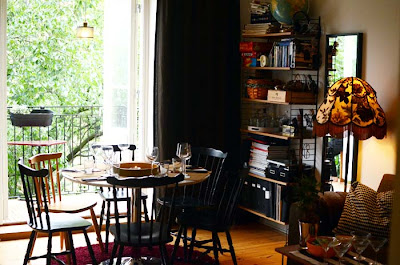 More No Expectations parties.  Wassup, normal people apartments that are still on an Elle blog?!  Rock on with your bad self next to that lamp!  Fabulosity IS an attitude despite what boring American fashion/lifestyle bloggers tell you. 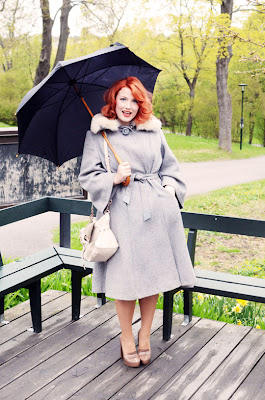 In yer FACE, America!
Since we're already proven I'm lame I'm just going to seal the deal.  Here's a video of her putting on makeup because I have a weird obsession with watching makeup tutorials. DON'T JUDGE ME!!! Perfect winged eyeliner does not just happen naturally, y'all!

makeup! from elsabillgren on Vimeo.
I was able to overlook the cutesy faces and winking because she put liquid eyeliner on AFTER she put on mascara.
You just can't compete with that kind of awesome.
Posted by ModernSauce at 12:18 AM