'Pandora's L-U-X-U-R-Y box' is not code for some high-class hooker's chocha, I'm talking about the panty-creaming pandemonium that happens when design groupies see every stylists' best friend: the Hermes box. 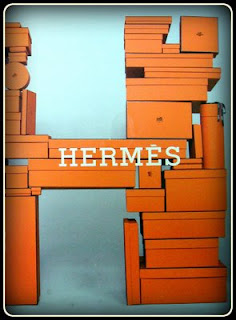 Now, the Madame is a little torn because orange is my shade for this year (I'll totally blog about that when I get around to it....) and stacking useless things is the only way I know how to decorate thanks to years of Domino.  Also I'm essentially white trash so if I was ever in possession of an Hermes box you bet your ass I'd display it.  It'd be the the first stop when guests take the design tour* of the ModSauce Ranch. First stop: Hermes box.  Second stop: Charlemagne's wing.  Third stop: Venuto.  Fourth stop: wrinkled Sferra sheets in unmade bed.  Fifth stop: the box of wine.  Just kidding.  The box of wine is the first stop.


**Unless you bring your own. 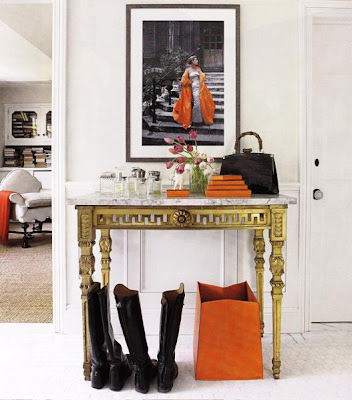 But I'm going to take a guess that people who decorate like this aren't white trash and probably have money and taste so they don't really have my reasonings as an excuse.  Their stacking of Hermes is probably equivalent to me keeping and displaying all my boxes from Payless Shoes.  And I would never do that. (again) 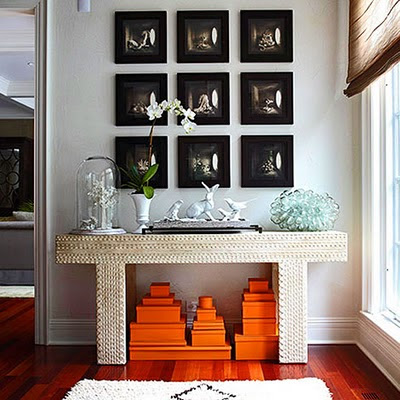 Apartment Therapy says when you see that a box in that shade of orange it instantly spells L-U-X-U-R-Y.  I can say it instantly spells    A-S-S-H-O-L-E to me.  But more of a hoarder type asshole.  With a lot more money than me and free time possibly some time spent shopping on ebay for empty boxes. 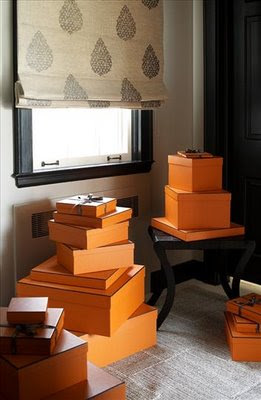 I have a feeling that when you open one of these empty boxes evil does in fact come out.  It's like  a Raiders-of-the-Lost-Ark whooshing but instead of killing Nazis it releases a sad blanket of banality, pretentiousness and forced L-U-X-U-R-Y.  It smells like musty cardboard and sweaty desperation which is like Edward Cullen sparkle pheromones to design groupies hence the aforementioned panty-creaming pandemonium. 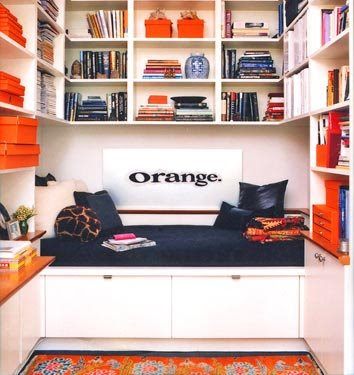 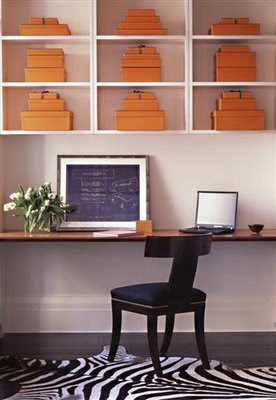 And then there's Herve Pierre's apartment from the Selby... 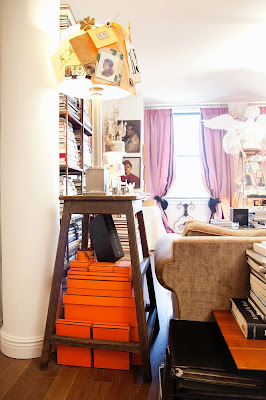 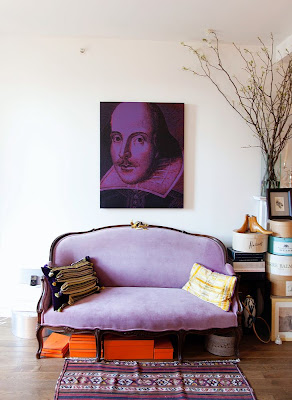 not gonna lie... that lavender and orange clash in a good way for me.
...but I can't really *eyeroll* too much on this one because he's foreign and eccentric and therefore infinitely cooler than me and probably stacking Hermes boxes is just normal.  Also he seems like a kinda cool dude.

Buuuut the pumpkin shit really hit the fan recently with this dude's apartment.  Just look at what he has...

He is definitely not foreign or eccentric. 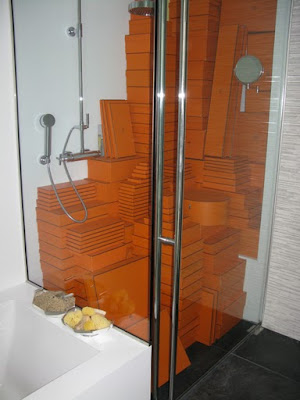 I discovered I'm not the only one: Small and Chic feels the same way.  Bless you.
Here they are just hanging out in the shower for the photo shoot I suppose.  He just likes to display them to impress guests with his L-U-X-U-R-Y status but not for a national photo shoot.  That would be tacky!!
I guaran-damn-tee you that someone is at Hobby Lobby right now buying boxes and orange paint and making a 'crafty' version.  See - the evils of banality, forced L-U-X-U-R-Y and the dreaded DIY have already been unleashed upon our world.